UFT Protest is about “vouchers” – The Charter Fight Heats Up 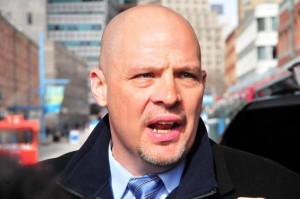 Last week, the State Senate passed a budget resolution that would undermine the Mayor’s Pre-K bid, and would take away any leverage he has in his negotiations with Charter Schools. The resolution says that:

This quiet-seeming resolution in a budget proposal could have big consequences, entangling the Mayor’s ability to make decisions about colocations in legalities.

The questions this brings up:

The UFT is planing a protest in front of State Senator Marty Golden’s office to state their objections to the legal wrangling the State Senate passed last week. Here is their statement: 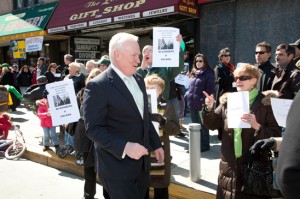 This is certainly a complicated issue! It’s hard to pull apart the threads here. The clear thing is that it’s not a question that’s being debated on its merits anymore. This is now politics, with winners and losers. It’s moved away from a question of what’s the best thing for the schools and students, and it’s become about scoring points. This is NOT about whether charters work, but a power play. So, what’s the cost?

It involves: school choice, vouchers, colocations, mayoral control of the DOE, Albany’s disfunction, The Governor and Mayor’s spat, charter school success, public funding, possible NYC tax, legal maneuvering, pre-k, the UFT, and of course, the STUDENTS, which should be the whole point.