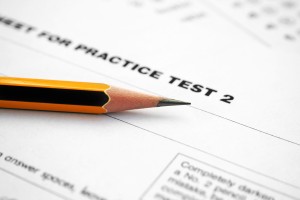 The NY Times today has an article about Test Prep enduring – despite calls (and legislation!) to end the practice.
Listen to this post

We know from speaking with Principals about the practical, day to day impact of testing. They cite it as a huge obstacle. The cycle of teacher evaluations based on high-stakes tests has sent classrooms into test-prep overdrive.

For a funnier take on the test-prep craze, check out this rant from comedian Louis CK on helping his kids do their math homework.