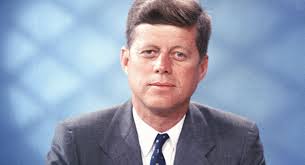 This week, we remember President John F. Kennedy’s contributions to the country. In terms of JFK and Education policy, the President focused on: federal aid to schools, desegregation, special education, and urban renewal.

Teachers can access lesson plans and curricular resources, for elementary, middle and high school students from the JFK Library. http://www.jfklibrary.org/Education/Teachers/Curricular-Resources-Image-List.aspx

NYSED.Gov has a pretty comprehensive essay on Kennedy and education here.

“Kennedy had long supported the growth of federal aid to schools. When he ran for office for the first time in 1946, he threw his support behind the new federally subsidized school lunch program, and, over the course of his fourteen years in Congress, he had proposed bills to provide grants for school construction, instructional materials, and an array of auxiliary services, such as medical supplies for school infirmaries and items for the disabled.

Indeed, shortly after his inauguration in 1961, he proposed a large-scale package of general aid for school construction as well as teacher salaries. This proposal sailed through the Senate but stalled in the House, where southern Democrats on the Rules Committee once again suspected that federal aid might be used to force racial desegregation.”

Kennedy later helped shape policy on special education and inner-city education through federal aid and programs like the Council of Great City Schools, vocational training programs for at-risk students, and the Maternal and Child Health and Mental Retardation Planning Act.

Desegregation (from On The Issues @ontheissuesorg)

On The Issues is an interesting site (a little scattered, but informative) with good links detailing the policy stances of major political figures.

“Jack was also undoubtedly responding to a harsh public attack by Martin Luther King, who said that Kennedy had been as ineffective in civil rights as Eisenhower. Above all, King declared, the president should start talking about integration in moral terms, showing him capable of rising above politics.

“Jack announced that he would soon be submitting far-reaching legislation to Congress that would integrate public accommodations, hasten school desegregation, and add protection for the right to vote.

“An estimated one-third of all principal Kennedy programs made some form of education a central element, and the Office of Education called it the most significant legislative period in its hundred-year history.”

“To Kati Haycock, president of the Education Trust, a Washington, D.C.-based advocacy group focused on closing the achievement and opportunity gaps for poor and minority children, Kennedy’s (1963 commencement) speech was distressingly familiar (inequities for minority students, a high dropout rate, and the need for better teacher training). With the exception of Kennedy’s references to California as a leader in public education and a fiscal model for the nation, “the same speech could be given today with equal urgency,” Haycock said.”

Richmond looks at how race and poverty (both of which were a major concern for JFK and education policy) factor in when we measure progress since Kennedy’s time.

You can check out the President’s Harvard application and essay here, along with other documents about JFK and Education: 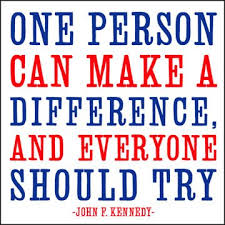 CITE offers courses in School Counseling, Educational Administration, and Teaching Certification, as well as Mental Health Counseling, and Public Administration. We have an Online PhD in Ed Leadership k-12 through Concordia University.

Check out our Instructor and Alumni feedback videos at www.youtube.com/CtrTeacherEd

No Gifted Child Left Behind

The Next NYC Schools Chancellor?