What do the recently released high stakes testing opt out numbers mean? 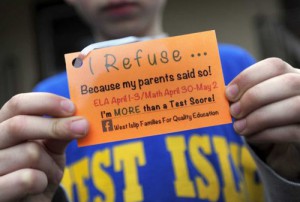 As always, we start with Chalkbeat’s blog — they have THIS story on how opt out numbers are statistically insignificant, but more are on the way. In this post, they show that Chancellor Carmen Fariña distributed a letter to administrators on Thursday, about how they should speak with families who ask to opt out, but should respect their decision. Principals would then provide an alternative educational activity, such as reading, during test time.

So, what does that mean?

Basically, if a family wants to opt out, Principals should find out their reasoning, offer some answers to their questions, and then leave the decision up to the parents. Last year, 276 families boycotted the tests.

The numbers are way bigger this year, but still, the Department of Education says they’re not as big as they sound. 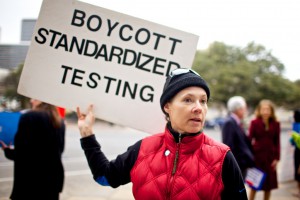 “Less than one-half of one percent of students in grades 3-8 opted to not take the State math and ELA tests this year,” said the spokeswoman, Devora Kaye. “Listening closely to all student and parent voices is a top priority of our administration, and this is no exception. We continue to listen carefully to all families’ concerns, and we also continue to engage students, parents, and school communities to explain how the tests can play a valuable role in our most important goal: improving learning in the classroom.”

How many kids is that?

About 4,700 city students did not take this year’s English tests and 15,470 students didn’t take the math exams, according to an updated tally released by the State Education Department and the city Department of Education. The totals include 1,925 students whose protesting parents opted their children out of taking the tests, a 450 percent increase over last year.

That’s a lot of math opt-outs!

More than 10,400 of those who didn’t take the math test were eighth-graders who took a high school-level math Regents exam instead, thanks to a new state policy meant to avoid overtesting. 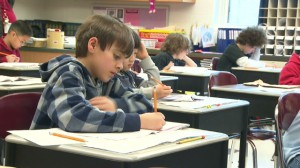 I heard even bigger numbers.

The Daily News jumped on this story, which showed higher numbers. They’ve been reconciled since.

What does the Chancellor say?

“Again, every parent needs to make their own decision. I don’t think necessarily opting out of the test is the greatest way to get the best outcome,” Fariña told them.

However, at P.S. 146, the Brooklyn New School, at least 211 of the 306 students there will sit it out. Their parents have signed them up for a form of conscientious objecting for the high-stakes tested generation.

“I think the emphasis on high stakes testing in this city, in this state, in this country is detrimental to education,” said parent Kemala Karmen.

“I don’t believe the test is an accurate determination of what my child knows,” said parent Karen Delgado. 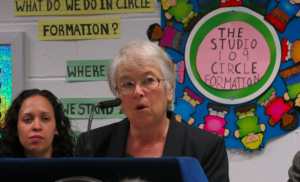 The Chancellor has stated previously that she’s open to removing the link between test scores and promotions. And we know from her teaching and administration days that she’s not the biggest fan of standardized tests. Fariña’s response indicates one way she could make good on Mayor Bill de Blasio’s promise to reduce the city’s emphasis on standardized test scores.

“Testing itself is not the issue. I just want to say clearly that I do think the Common Core is the right thing,” Fariña said. How the new standards are aligned with existing curriculums, though, is where “we’re trying to make sense of nonsense.”

Here is the full handbook of FAQs for student participation in the grades 3-8 ELA and MATH state tests.

For Further Reading: This article sets up other issues that the test scores bring to light, aside from opt-out numbers.

And this post about how the Common Core is not a test, just a series of standards. 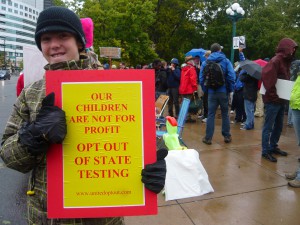