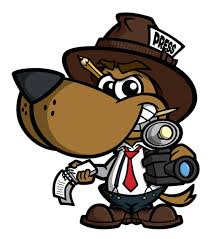 In what seems like a major reversal of how his seminal book “Multiple Intelligences” has been used by educators, Howard Gardner in today’s Washington Post, Gardner sets out to clarify the two main problems he sees with treating his work in “MI Theory” as “learning styles.”
http://www.washingtonpost.com/blogs/answer-sheet/wp/2013/10/16/howard-gardner-multiple-intelligences-are-not-learning-styles/

Bloomberg has shown charters full support. Lhota believes They’re the answer, stating that he wants to double them. De Blasio has criticized how charters operate and how Bloomberg gave special favor to some over others. The Times piece breaks down each figure’s plan.

John King – NY State Ed Commissioner – has been taking heat from parents’ groups, for cancelling town hall meetings. “Unfortunately, the forums sponsored by the New York State PTA have been co-opted by special interests whose stated goal is to “dominate” the questions and manipulate the forum.” -John King http://blogs.edweek.org/edweek/finding_common_ground/2013/10/ny_state_commissioner_john_kings_message_gets_cancelled.html

Common Core and the Textbook Market

WNYC’s Sarah Garland (@S_Garl) has a story on how the textbook and curriculum market in NY is changing because of the Common Core: “New York State has become the epicenter of a major transformation in the $7 billion textbook industry that threatens the preeminence of publishing behemoths like Pearson.”

UPDATE: The Hechinger Report did an in-depth report on the Common Core in seven States. And here it is! http://hechingerreport.org/category/special_reports/common_core/

Stay up to date with all of your education news, by liking our Facebook page, and following us on Twitter