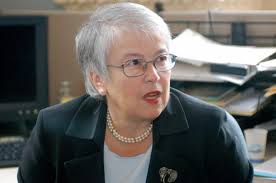 We profiled the leading candidates back in November, and since then the candidates have dropped out of likely contention one by one, leaving the most likely choice to be Carmen Fariña.

The Fariña pick excites public school advocates and progressive educators. She’s taken strong stances against rampant testing and charter schools, as has the new mayor. They are leading with a united progressive educational agenda.

While this pick is not official, all signs point to a done deal. Was the delay about Fariña, who’s long cited spending time with her grandkids as her reason for not wanting the job, getting in one last holiday break with family? Whatever the case, here is a roundup of articles about De Blasio’s pick for schools Chancellor.

We’ll update this post as the news becomes official. Check back after 11:30 AM for official word, and throughout the day for a roundup of the best articles about the choice.

From Fariña’s speech: “Our job is to put the right people in the right places so your voices will be heard.” “I don’t do anything halfway… my commitment is total.” “We don’t want principals who follow the rules. We want principals who make their own.” “We are going to communicate often… and explicitly.” “All change happens in the classroom.” “I’m going to show you how to take the facts and develop a thinking curriculum around it (quoting her dad).” “Things need to happen with people not to people.”

The Mayor-elect and the new chancellor both spoke from the heart, giving some moving anecdotes that showed their passion and dedication. De Blasio pointed out that the big difference between Fariña and her predecessors is that she is an educator. He introduced her by re-emphasizing his campaign talking points like reduced high-stakes testing, increased teacher professional development (teacher support and retention).

Joy Resmovits at the Huffington Post gives Fariña’s bio as this: “Fariña, 70, is a retired veteran educator who most recently worked as deputy schools chancellor of New York City’s Department of Education under Bloomberg. In that capacity, she served as instructional chief and has been described as someone who connected teachers with Bloomberg’s technocrats and consultants.

“Before that, Fariña taught in Brooklyn, worked as a principal in Manhattan and oversaw a group of schools as a regional superintendent. She was Chancellor Joel Klein’s number two, but would later come to criticize her boss’s policies.

“Fariña met de Blasio in the 1990s, and reportedly helped the then-candidate craft much of his education platform.”

She also does a good job of listing the challenges to a new chancellor, including a frustrated teacher base, starting a system of universal pre-k, and balancing the Bloomberg-era charter schools push (including the contentious space-sharing issue).

And here is an article from WNYC detailing a very real battle she fought in Brooklyn in support of an early childhood program over a charter school (sound like the new mayor?) in 2011. http://www.wnyc.org/story/301760-competition-for-cobble-hill-school-site/

You can also watch here at ABC channel 7 online http://abclocal.go.com/wabc/live

Who Is Carmen Fariña?

The NY Times broke the story (Javier C. Hernandez). Hernandez cites Fariña’s personal bio, including the fact that she is the daughter of immigrants from Spain who fled the Franco regime, who “recalled being the only Spanish-speaking student in kindergarten at St. Charles Borromeo, a parochial school in Brooklyn. She was marked absent by a teacher for six weeks because her teacher mispronounced her name.” She has earned a reputation as a stern but compassionate educator, and a deeply committed manager. http://www.nytimes.com/2013/12/30/nyregion/de-blasio-is-said-to-choose-schools-chancellor.html?_r=0

Here is a NY Times profile of Fariña from 1999, as some further reading. http://www.nytimes.com/1999/02/24/nyregion/school-principal-with-will-steel-makes-public-school-prestigious-private-one.html

What Does This Pick Mean?

Capital New York does an excellent job of breaking down what Fariña’s DOE might look like, including changing the culture at Tweed to one of trust and respect for the educational process, and focusing on professional development. Will the much-maligned “Network” system change back into the district model, or will there be some hybrid? This article is a good read for teachers and administrators who want to know what the changes on the ground might look like.    http://www.capitalnewyork.com/article/city-hall/2013/12/8537832/carmen-farina-head-doe

The Daily News ran an oped by Clara Hemphill, editor of insideschools.org, and author of “The City’s Best Public Elementary Schools,” detailing how Fariña has worked in the past to improve schools. She predicts a continuation of this style in the months to come. http://www.nydailynews.com/opinion/farina-fix-schools-close-article-1.1561737

We will update as  we find helpful or interesting articles! Check back and please share this with your teacher, administrator, counselor friends and colleagues!

The Next NYC Schools Chancellor?

NYC plans to screen nearly 200,000 students in the early grades to uncover struggling readers. Then what?

This NYC counselor is helping students work through COVID-era trauma